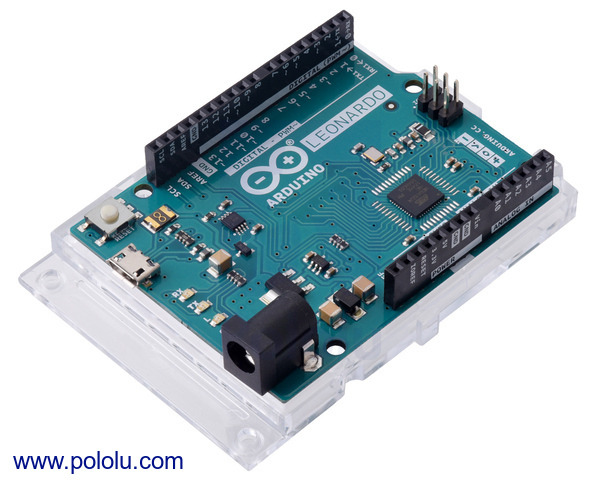 The Arduino Leonardo is a microcontroller board based on the ATmega32U4. It has 23 digital input/output pins (of which 7 can be used as PWM outputs and 12 as analog inputs), a 16 MHz crystal oscillator, a micro USB connection, a power jack, an ICSP header, and a reset button. It contains everything needed to support the microcontroller; simply connect it to a computer with a USB cable or power it with a AC-to-DC adapter or battery to get started (USB cable and power supply are not included). This board ships with the female header pins soldered in, as shown in the product picture.