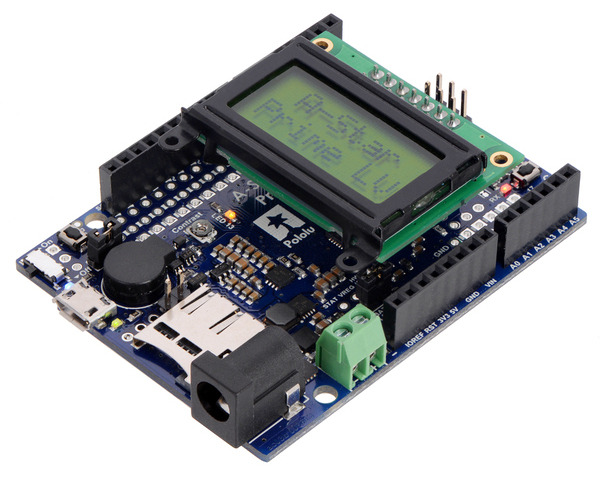 The A-Star 32U4 Prime LV is a programmable board based on the ATmega32U4 AVR microcontroller and arranged in the common Arduino form factor. The A-Star Prime offers many additional features and improvements over competing products, including superior power management that enables efficient operation from 2.7 V to 11.8 V. This configuration of the A-Star 32U4 Prime LV includes microSD support, preinstalled female headers common to many Arduinos, and a removable 8×2 character LCD.