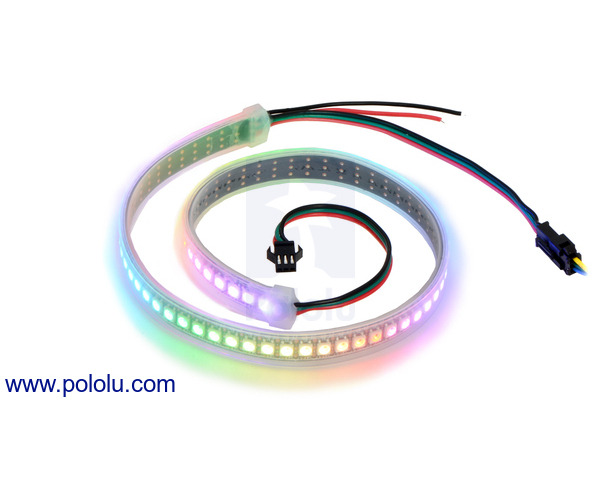 This high-density, 0.5-meter long strip contains 72 RGB LEDs that can be individually addressed using a one-wire interface, allowing you full control over the color of each RGB LED. The flexible, waterproof strip runs on 5 V and can be chained with additional SK6812 or WS2812B strips to form longer runs or cut apart between each LED for shorter sections.