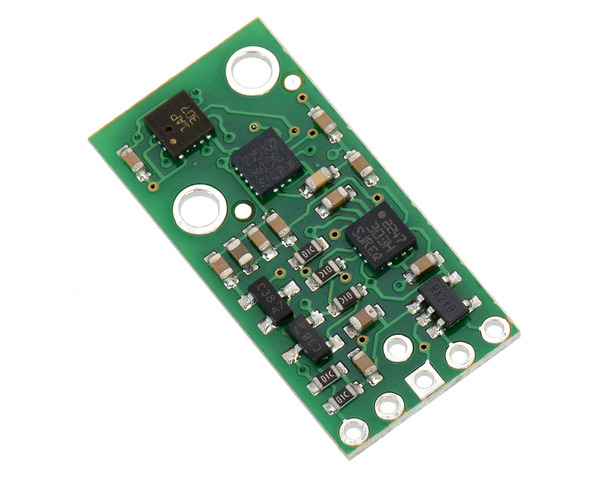 The Pololu AltIMU-10 v3 is an inertial measurement unit (IMU) and altimeter that features the same L3GD20H gyro and LSM303D accelerometer and magnetometer as the MinIMU-9 v3, and adds an LPS331AP digital barometer. An I²C interface accesses ten independent pressure, rotation, acceleration, and magnetic measurements that can be used to calculate the sensor’s altitude and absolute orientation. The board operates from 2.5 to 5.5 V and has a 0.1″ pin spacing.

Clearance: This board is being replaced by the newer AltIMU-10 v5.