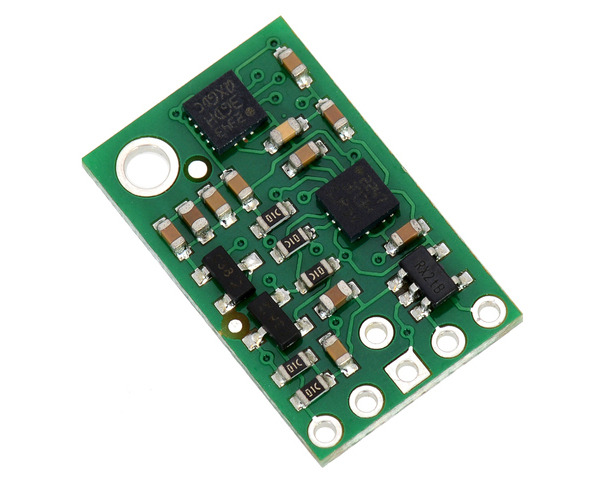 The Pololu MinIMU-9 v3 is an inertial measurement unit (IMU) that packs an L3GD20H 3-axis gyro and an LSM303D 3-axis accelerometer and 3-axis magnetometer onto a tiny 0.8″ × 0.5″ board. An I²C interface accesses nine independent rotation, acceleration, and magnetic measurements that can be used to calculate the sensor’s absolute orientation. The MinIMU-9 v3 board includes a voltage regulator and a level-shifting circuit that allows operation from 2.5 to 5.5 V, and the 0.1″ pin spacing makes it easy to use with standard solderless breadboards and 0.1″ perfboards.