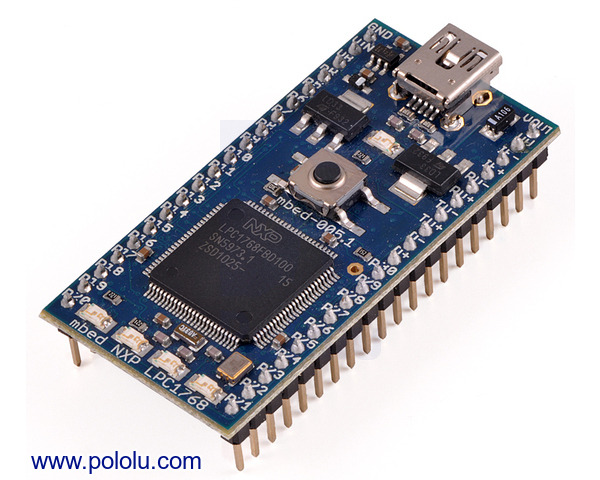 The mbed NXP LPC1768 is an easy-to-use MCU development board designed for rapid prototyping. At its heart is a powerful 32-bit ARM Cortex-M3 processor running at 96 MHz with 512 KB flash and 32 KB RAM, which makes it far more capable than popular 8-bit prototyping alternatives. A comprehensive firmware library and plenty of sample code help you get your program up and running quickly, and a free online IDE and C++ compiler means that no software installation is required. Downloading programs is as simple as using a USB flash drive (no external programmer is necessary).

Compare all products in mbed Microcontrollers.