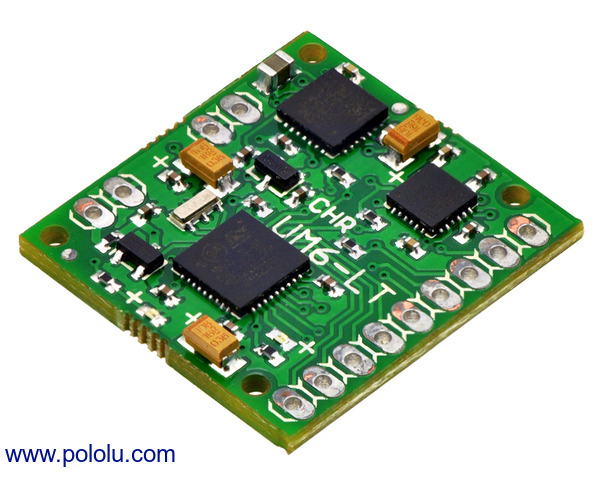 The UM6-LT ultra-miniature orientation sensor from CH Robotics is an OEM version of their UM6 orientation sensor, providing equivalent functionality without the enclosure or connectors. Like the UM6, it uses rate gyros, accelerometers, magnetic sensors, and an on-board 32-bit ARM Cortex processor to compute sensor orientation 500 times per second. Sensor orientation is reported using either quaternions or Euler angles over a TTL serial interface at user-customizable rates.