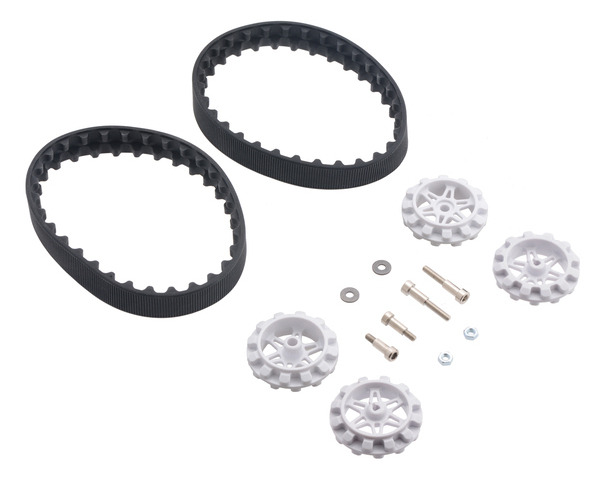 This track set includes a pair of 30-tooth silicone tracks, two white drive sprockets measuring 35 mm (1.4″) in diameter, and two matching idler sprockets along with mounting hardware. To work properly with the track, the drive and idler sprockets should be set up approximately 85 mm (3.35″) apart. The drive sprockets are designed to work with 3mm D-shafts, such as those on our micro metal gearmotors and mini plastic gearmotors. These are the same sprockets we use on the Zumo chassis and robots, just in a different color and with a longer track.

This track set comes with white sprockets and 30T tracks.