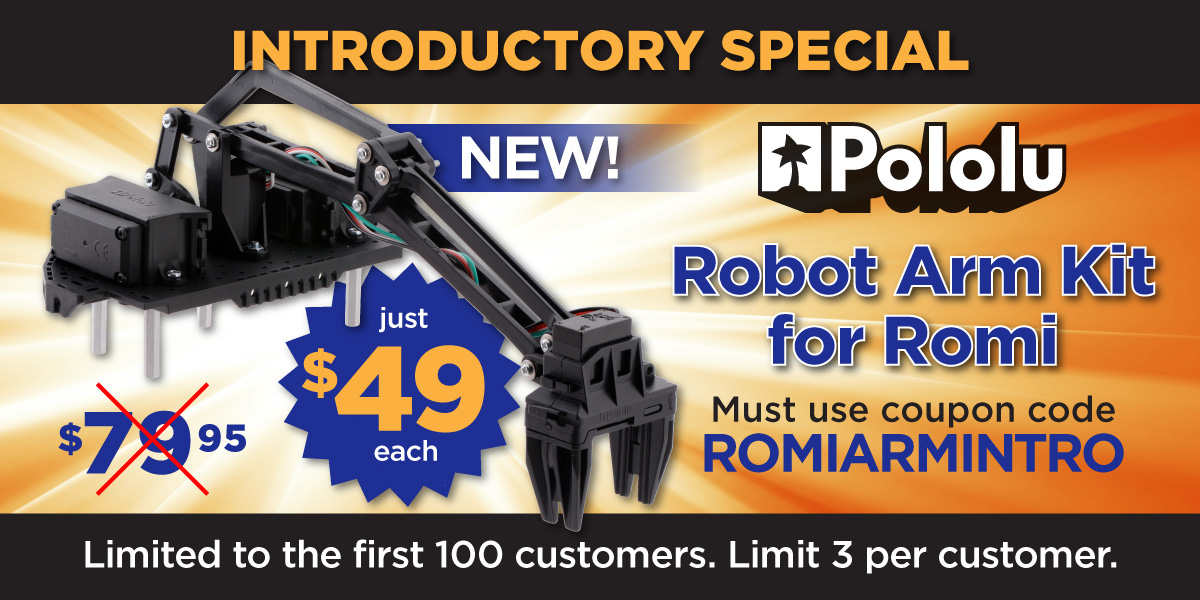 I’m super excited to announce our newest product, the Robot Arm Kit for Romi. The Romi arm is designed to mount to the back half of a Romi chassis with two fixed servos controlling the height and angle of the gripper through a nifty linkage system.

The gripper itself uses a micro servo with two parallel fingers or paddles that open and close through a rack and pinion arrangement. Here is a quick video demonstration of a Romi chassis with the arm attachment:

You can see the available range of motion in the drawings below:

The kit ships with all mechanical parts, including special servos with a fourth wire for reading the position of the output shaft:

We are also making the gripper used on the arm available as a standalone Micro Gripper Kit with Position Feedback Servo. Here is a picture of the assembled gripper:

Products like this arm kit, with many injection-molded components, are some of the most complicated and time-consuming products we make. As those of you who have followed our growth over the past decade are probably aware, we try to develop our more complete robot kits incrementally, starting with components like just a wheel or a motor bracket, and then using those components in the more integrated robots. For example, we came out with this line of wheels in 2010:

If you look at the parts that go into just the gripper portion, you can see that each of the components is roughly as complicated as one of those wheels, and you can’t really do much with just one of those parts:

So, a lot of work goes into designing these kits. We also do not machine the molds or do the injection molding in-house (we did that on the first few parts for the 3pi robot), so that adds a lot of delays compared to our electronics boards, which we make in the same building that we design them in. We do 3D print prototypes to maximize the chances that we get the designs right, but there are invariably little modifications that we end up having to make when the components are this complicated, which is why it takes us years to go from the initial idea to the released kit.

We are at least sticking to our incremental product release approach as far as integration with electronics goes: at the time of the Romi arm attachment release, we do not have a specific solution for controlling the robot, which we will be working on next. Therefore, this kit is currently intended for advanced users who are comfortable powering and controlling several servos on their own.

As with all of our new product releases this year, we are offering substantial introductory discounts for the first customers to try out our new designs. You can use coupon code ROMIARMINTRO to get the whole arm for just $49 and code GRIPPERINTRO to get just the gripper for only $13. Each coupon is limited to 100 uses and 3 units per customer. 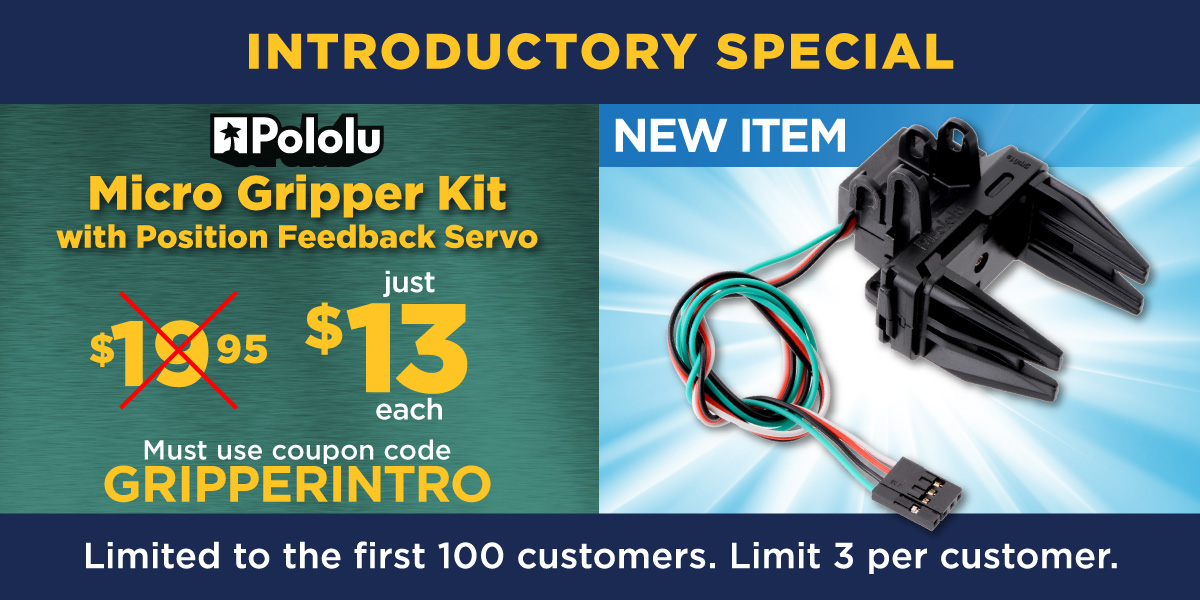