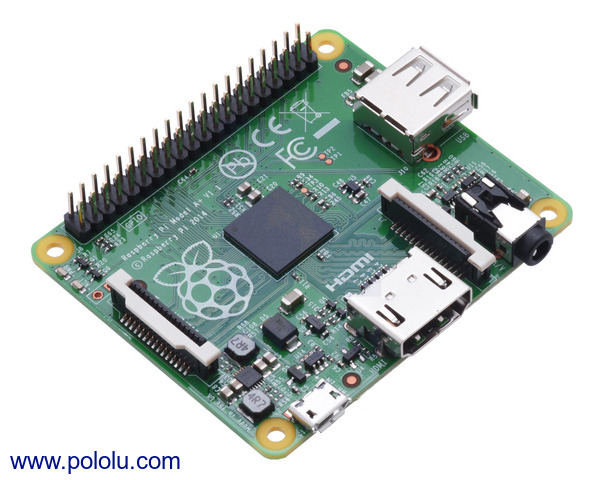 The Raspberry Pi is a credit card-sized computer with an ARM processor that can run Linux. This item is the Raspberry Pi 1 Model A+ 512MB, which has 512 MB of RAM, an HDMI output, audio output, RCA composite video output (through the 3.5 mm jack), one USB port, and 0.1″-spaced pins that provide access to general purpose inputs and outputs (GPIO). The Model A Raspberry Pis are smaller and less expensive than the Model B Raspberry Pis. The Raspberry Pi requires a microSD card with an operating system on it (not included). The Raspberry Pi is very popular, with lots of example projects and information available online.

The table below shows some key features and specifications of the Raspberry Pi boards to help you choose the right one for your application. For reference, it also includes the Model B+ and Pi 2 Model B, which we no longer carry.