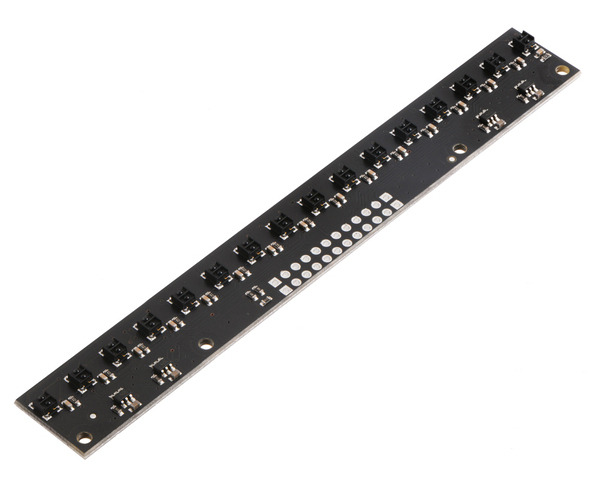 This is a merged information page for Item #4356.
View normal product page.

This array of IR LED/phototransistor pairs is great for precisely identifying changes in reflectance (like line detection). It operates from 2.9 V to 5.5 V and offers dimmable brightness control independent of the supply voltage and separate controls for the odd and even emitters. In general, the closer the object, the higher the contrast between light and dark readings, but high-reflectance objects are generally detectable out to around 50 mm. This version features high-performance, low-current QTRX sensors with lenses.