Balboa 32U4 Control Board 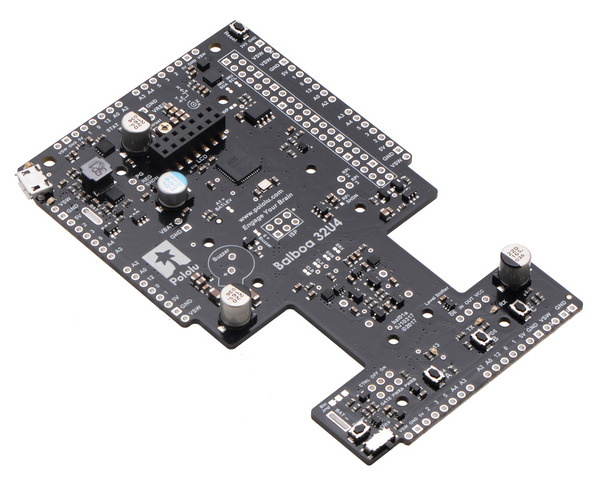 This is a merged information page for Item #3576.
View normal product page.

Compare all products in Balboa Robot and Accessories.

This is primarily intended as a replacement part for the Balboa 32U4 Balancing Robot, but it can also be combined with the Balboa Chassis with Stability Conversion Kit to make your own Balboa 32U4 robot. This product consists of the Balboa 32U4 control board PCB shown in the main product picture along with the following additional parts:

No blog posts to show.